The shortlisted nominees for the 1V Awards have been announced. The winners will be announced at the One Voice Annual Dinner in early October.

Professor Dominic Harrison is the winner of the John Roberts Outstanding Achievemement Award for his response to the Covid-19 health crisis in Blackburn with Darwen. Read more

One Voice Blackburn will be revealing the digital commemoration at their annual dinner due to be hosted in early October in King Georges Hall in Blackburn. Read more

NOMINATIONS ARE NOW CLOSED FOR 2021

The 1V Awards have created dozens of inspirational and authentic stories for our nominees, winners and attendees.

The event started life in Maida Banqueting Hall, and in 2017 moved to King George’s Hall in Blackburn. The 1V Awards now attract an audience of 400 guests. It is now a key feature of civic events in the town.

The One Voice Annual Dinner features key-note speeches, presentations from the charity, entertainment, as well as the 1V Awards. A young member of the charity hosts the event. In 2021 the presenter will be 13 year old Sara Hussain. The event concludes with a three course meal.

The 1V Awards have grown from strength to strength. It has featured six main awards, with four of the awards coming directly from nominations in the community. Nominations are now closed.

1V Young Person of the Year

1V The Group of the Year

1V Man of the Year

1V Woman of the Year

Many of the previous winners of the 1V Awards are grass root community members and organisations who have worked selflessly supporting their local areas. Some have excelled in the field of their work, while others have demonstrated excellence in the area of cohesion in Blackburn with Darwen. Simply to be featured on the shortlist has become a major achievement.

The announcement for the shortlisted finalists for this year wil take place on social media on Monday 20th Septmeber 2021.

“It was an honour to receive the award. Scouting couldn’t exist in Blackburn without the adults who, week in, week out provide safe, secure activities and adventure for so many young people in the District. The growth in BME communities has been staggering..”

“Winning the 1V Man of the Year was a humbling and thrilling experience. The award evening itself truly superb, with amazing people and naturally for 1V, brilliant professional delivery.”

Click below to view images from the 1V the One Voice Annual Dinner and 1V Awards 2020. 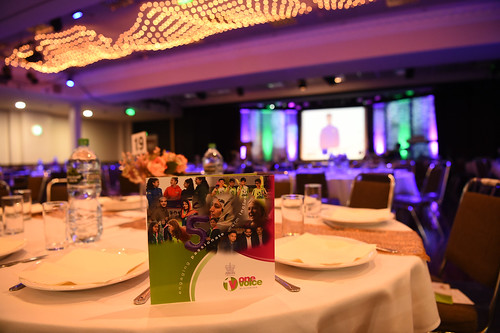